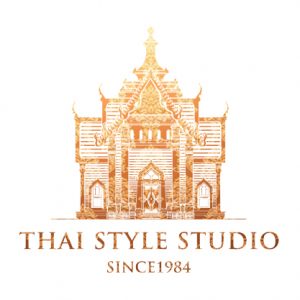 Lan Na, in Thai, means the great space of fields. It is the name for the northern cities, the mountainous lands and home of a variety of tribes and indigenouse people. Lanna then inherited such unique, colorful and diverse traditions, arts and culture, as well as their own attires.

For noblewomen or those who came from an aristocratic family, they dressed elegantly with a long skirt made of full piece of cloth. The fabric possesses a very unique, diagonal pattern with a specific embroidery at its hem called ‘Sin Tor Tean Jok’. For the commoner, the fashion was less detailed. Commoner ladies would wear the same style of long skirt (sarong) but with different colors and patterns. The skirt was called ‘Sin Tor Tean Tor Aeui’, a single, dark color fabric with diagonal pattern. The women of Lan Na back then were not wearing a proper shirt or blouses, they either covered their upper body with a piece of light-colored fabric wrapped over their breasts called ‘Mud Nom’ or using ends of their shawl/scarves as a cover.

1) Klao Vid Wong; the hair is being tied up into a knot at the top of the head. The remaining locks of hair are curled up as a hoop and tucked in the middle of the knot.

2) Klao Phom Bom Jong/ Aua Jong; Tucked locks of artificial hair into a made hair-knot to make the knots bigger.

3) Japanese Style, which was considered very fashionable during the era of Dara Rasami, The Princess consort.

In complement to their hair styling, many accessories are used to decorate and alter the looks. The famous one is the ‘Hair Pin’, pins were made from diverse materials; silver, gold or brass. Some used fresh flowers as an ornament called ‘Dok Mai Wai’. Flowers like Champak or Ervatamia were popular as they were scented and appear in plae, appropriate colors. Thirdly ‘Whee Sub’ or a hair comb – made of ivories, gold and silverware. Hair wraps (Phok Hua Kian Pha) were also a popular choice, not only a fashion item, the wrap also worked as the symbol that tells the marital status of the women. In Thai Lue traditions, a bachelorette would wear pink wraps. Only when she is married, then can she wear other colors. The earrings were as well, popular and available in various options and styles – flowers, silver and golden plates were put on to keep the pierce in place. Lastly, ‘Hoy Kang’ or the belt’s charms. Made of either silver, gold or brass, the charms usually hung around the waist, adding glams and details to the look