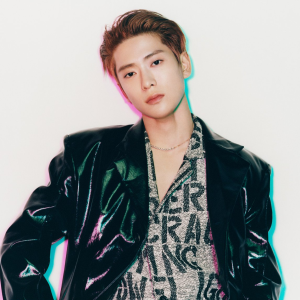 The Modern Chakri is one of those that was very popular among the Royals. Came up through the perfect convergence between traditional Thai attiring and the modern fashion. The dress was inspired by the Chakri Maha Prasat Throne Hall, the seat of the King and the Royals in the past. The throne hall is the symbol of the modern Thai architecture where the perfect balance was represented. The Modern Chakri is one of the most well-known kind of traditional Thai attire. It has been worn by the Thai for a special occasion, i.e., wedding ceremony. It is also known as traditional Thai wedding gowns.

The Thai Dynasty attire, is renowned as one of the most astonishing traditional Thai clothings. It is very popular among Thai women, as the cloth used in this attire is supplemented with delicately weaved embroidery. The garments consisted of double-layered shawl, the outer layer is embroiled with silver and golden braids along with the gems, which makes ‘Thai Dynasty’ attire, a very exquisitely meticulous cloth, as it is one of the royal attire.

The Ayutthaya traditional garments, is the clothing worn by royal families, official, nobleman and noblewomen in Ayutthaya Kingdom, the past capital of Siam. The attire reflects the excellent prosperity and glory of the past capital. The clothing is splendid with the pattern cloths, emphasizing on the complex design of embroidery. The cloths’ patterns in Ayutthaya attire are miscellaneous, as they were influenced by many cultures, e.g., Chinese, Indian and European. The clothing in the era is designed to be very colorful, as to represent the wealthiness of those whom wears it.

The Thai Lanna Outfit, also known as ‘Thai – Chiangmai attire’ is the traditional clothes of Northern Thai in the past. As the land known as Northern Thailand in the present used to be a part of the Lanna Kingdom, they have cultivated their own culture and identity that is very unique and captivating. The garment will be dressed up with the ‘Pha Sinh’ which is the long cloth, wrapped around the waist. The outstanding element that shines the light on this look, is the Northern headdress with silver and golden braids. The Thai Lanna Outfit is the living legacy of the Northern chronicle, capturing the essence of Northen identity.

The antique Thai attire, is the clothing worn by the ancient royals of the old  kingdom. The attire was inspired by the ancient painting of the ‘Absara’, a folkloric female spirit in South Asia’s tales. The garment is influenced by various cultures, whether the convergence between ancient Khmere culture and the ancient Indian. The outfit is full with ornaments and accessories all over, recreating the angelic look of the Apsara perfectly.

The Dawn of Rattanakosin

The early Rattanokosin attire is the continuing legacy from the late Ayutthaya era. However, there was a dramatic change in the style of clothing in 1851, when Siamese culture was heavily influenced by the west. The first prominent change, is the change in royal ceremony where men had to wear shirt in order to have an audience with the King. The clothing in the early Rattanakosin, thus, gave the look of the straight cut shirt with Chinese-style shawl and Thai long loincloth. The garment converges the Thai attire with some element from Chinese – Malay and Western attire. It is daunting, modern and dexterous all in one. No wonder why the attire was very popular among the female royals.

The Thai Meets West: The reign of Rama the V

Thai traditional attire in the reign of King Rama the Fifth or the era of cultural transformation in 1892 has the significant shifts and changes like no other periods in time.  The attire is heavily adjusted to the Western clothing. The usual female attire, which was the shawls, has turned to to shirt with leg o’ mutton sleeve and the loincloth with belts and silk shawls as the complementary. For male attire, there was the introduction of the ‘Raj Pattern’ cloth that later on became a popular attire wore by Siamese men, the royals and aristocrats included. The change in fashion suggests the progress Siam has made as a country to be compatible to the modern world. The Thai meets West, therefore, is both an astonishing attire and the symbol of Siam as a modern civilization.

This collection is the Traditional Thai costume that is designed and made based on the period-soap opera, movies and Thai pop culture reference that carried out the historical and cultural element, the costumes capture all of the essence. The attire and the ornament is identical to those presented in the media, as for our customer to get into the character in a realistic setting. The costumes made are those based on several well-known series, for example, Love Destiny/ 泰剧天生一对 (บุพเพสันนิวาส), Neung Dao Fah Diew (หนึ่งด้าวฟ้าเดียว), Ummaruetarlai (อมฤทธิ์ตาลัย), The Siam Renaissanc (ทวิภพ) and Suriyothai. (สุริโยไท)